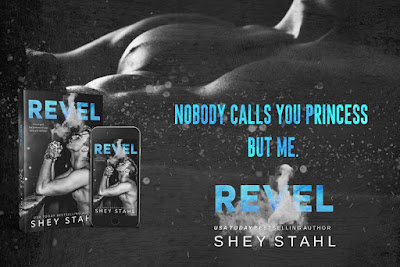 Everyone knows the name Revel Slade. They know to fear him. To never get too close because this guy, he’s so hot he commands the fires of hell, and he will burn you to cinders and enjoy watching the flames dance.He haunts my every move. So why am I going on tour with him?I’m an idiot. That’s why.Me, Taylan Ash, the princess of pop, falling for the king of rock. Falling for evil. When you’re young and being told all those fairy tales, the ones that tell you there’s a Prince Charming out there for you, they leave out the villains—the monsters lurking. They don’t warn you about the ones hidden behind a disguise with pretty eyes and smoke in their lungs.Blinded by passion, I refused to see what was really happening until it was too late, and there was no going back. When I emerge from the haze of him, I’m left empty and undefined, barely recognizable.He wouldn’t fall.Not at all. Not ever a chance. What a silly notion that would be.But, he did. He fell hard and this time, I couldn’t catch him.

Revel is everything you want in a bad boy. Taylan is everything you find in a good girl wanting to go bad. The chemistry between the two is so extremely hot. You can't get enough of the two. Their story unravels with a ton of drama and emotions. Loved every page!