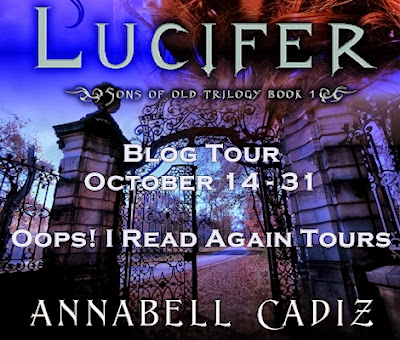 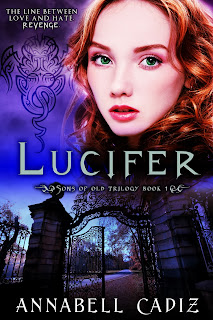 {about the book}
Have you ever wondered what could be hiding in the shadows?

Well, for eighteen-year-old Zahara Faraday, she doesn’t have to wonder. You see she comes from a lineage of Light Witches, those who have chosen to help protect and serve between the supernatural world and the human world. The only problem is Zahara, like her father Solomon, is as human as a human being can be whereas her mother, Mia, and her Aunt Catalina, were born as Light Witches. As a family they hunt down rogue supernaturals—creatures who harm humans or who have committed an act against their kingdom.

Zahara’s hunting skills are usually kept dormant since her parents would prefer she live life as a normal human girl without knowledge of the supernatural world. She plans on doing just that—except when she finds a couple being attacked by fairies, she has no choice but to step in. Before she can return to pretending to be blissfully ignorant, Zahara encounters a problem she isn’t the least equip to handle: Bryan Hamilton, the good looking new co-worker she has to help train. In a heartbeat, her best friend, Becca King, has set her up on a double date with herself and her new crush, Rekesh Saint-Louis, who happens to be the most powerful leader of the biggest Imago Coven in South Florida –supernatural creatures with the ability to control water . . . and suck out human souls.

Zahara has no time to focus on how she’s going to explain her double date with her best friend and the enemy they have a tentative truce with to her parents because soon one of the members of Mia and Catalina’s coven is found murdered with a strange tattoo of a snake with wings carved into his arm.

Zahara is then thrown into a whirlwind battle with an angel determined to have revenge against God, an Imago coven she doesn’t think they should trust, and slew of dream-eating fairies and powerful Nephilims, hybrid children of angels and humans, more than happy to rip her to shreds.

Normal just got a deadlier definition.

Check out on Goodreads!
Purchase on Amazon and Barnes and Noble!

{excerpt}
“Is that blood?” Zahara asked eyeing the ground a few steps in front of them.

Becca looked down toward the ground and moved closer to the gloopy stain of red. She bent down and tilted her head to the side. “Looks like blood.”

Zahara kneeled down beside the blood and looked down the hall on the left, which led outside to where all the dumpsters where found. “There’s more down that way,” she directed with a thrust of her chin.

“Oh no, you don’t!” Becca said grabbing onto Zahara’s arm.

“Becks, we have to check out what it is; someone could be hurt.”

Becca was already shaking her head no. “Are you stupid? Follow the path of blood down the dark hallway into the back alley where there can possibly be a body and some killer. It’s too cliché horror movie for my taste. We are not those stupid girls. Let’s go get your parents.” She yanked Zahara back toward the food court, but Zahara pulled her back.

“By the time we get to my parents, explain what we found and they come to investigate, the person in the back alley could be dead and it’ll be our fault for not helping when we could.” Zahara turned around and started walking down the hallway, taking out the dagger from her back pocket. She unclipped the can of pepper spray from the keychain clipped to her pants and tossed it to Becca. “You coming or am I going in alone?”

“Stupid best friend is gonna follow the stupid trail of blood down the stupid hallway with a stupid can of pepper spray and a stupid dagger and she expects us not to get killed,” Becca mumbled through tight teeth as she followed Zahara.

They walked slowly, sticking to the wall so as not to step on the blood. The door leading out to the dumpsters was shut. Zahara leaned back against it and looked at Becca. Becca swallowed hard and gave her a quick nod, shaking the can of pepper spray. Zahara threw the door open and twisted around on her heel as fast as she could. Becca ran outside with the can of pepper spray held high, but they found nothing more than blood on the ground.

Zahara tiptoed around the drops of blood on the ground, walking farther back into the alleyway and stopped as she heard voices.

“Tell us where you’ve hidden it!” a man snapped. Skin slapped against skin and another man cried out.

Zahara felt her heart bang against her ribcage. She recognized that voice. She moved closer, staying beside one of the dumpsters, and knelt. Becca knelt beside her and took a deep breath.

“You have one last chance to tell us where you’ve hidden the arrow, Jacobson,” the same male voice threatened.

Zahara had no doubt he meant what he said. She knew she would probably regret this later, but she jumped up and ran around the dumpster, hearing Becca’s faint curse as she did. Three sets of eyes turned to look at her. Eric, one of the members of Mia and Catalina’s coven, was on his knees, arms bound by the grip of another man standing behind him.

He was tall and slender, enough muscle to show he wasn’t lazy, but he didn’t look strong enough to be able to hold down Eric’s six-foot, four-inch frame, which was nothing but toned, hard muscle. Eric, on the other hand, looked to be in pain. He had slices across his face and his bottom lip was split open. Blood slithered from the open wounds onto the ground.

“Let him go, now!” Zahara demanded. She gripped the dagger handle more tightly, holding it pressed against her thigh. 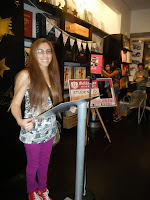 {about the author}
Annabell Cadiz was born in the sweltering heat of South Florida. She was raised surrounded by Puerto Rican chefs and band of siblings that weren’t all related to her. A self-proclaimed nerd and book-a-holic (her room does hold much evidence to prove her claims are justifiable), she created TeamNerd Reviews to showcase her EXTREME love for novels where, along with her best friend, Bridget Strahin, she hosts book reviews, interviews, giveaways and much more. She also had the pleasure of being published in three separate issue of Suspense Magazine. She is currently attending Trinity International University to attain her B.A. in Psychology. She also adores Cinnamon Teddy Grahams, has an addiction to Minute Maid Orange juice, and is a proud Jesus Freak. Her debut novel, LUCIFER (SONS OF OLD TRILOGY, #1) was published January 2013 and the second book, MICHAEL, will be out Fall/Winter 2013 and the third book, NEPHILIM, will be out Spring 2014.

{giveaway}
Lucifer Inspired Swag Pack *
*Must be 13 or older to enter**
**Opened to U.S. ONLY**
**Winner has 24 HOURS to respond before new winner is chosen**

{my thoughts}
This is a really great paranormal YA book. I liked the characters and the storyline was interesting. Everything is so descriptive you will feel as if you are right there! I was able to read this in one sitting and was left wanting more. You will be surprised with a few twists and then left with a cliffhanger! I know, I know....but it's an awesome book so the cliffhanger was worth it. :) Good versus evil....who will win? Read and find out!