{about the book}
“The Long Road Home” Is a story about family, first love, betrayal & secrets.

What if someone took away everything that you ever cared about?

What if one by one you were stripped of everything you ever knew until there was nothing left?

What if you didn't even realize what was happening to you, because it was by the hands of one man, one man who was driven by obsession to possess you, to own you.

Christina never believed in love at first sight, until she met Michael. In the span of one summer, Christina finds her soulmate only to have him suddenly torn from her life, her father is set up for a crime he didn’t commit, and her best friend Lani is swept up into a fairy tale of her own. Christina suddenly finds herself alone and vulnerable, with only one person left to turn to, Logan. Little by little she begins to fall under his spell.

Logan will stop at nothing to get what he wants, and what he has wanted all along is Christina. He has managed to worm his way into her life, separate her from everyone she cares about, and steal the life she was meant to have with someone else.

In a series of shocking events, the truth starts to unravel, and the true Logan Harrington is discovered for who he really is. Christina's friends fight for her to uncover the truth, and free herself from his web of deception. Will she piece the truth together, or will she succumb to his delusional lies?

{excerpt}
Logan walked into the kitchen, looked directly into Michael’s face, and grinned just to antagonize him.

“Is there a problem, Michael?”
“What’s your game, man?”
Logan took a step closer and cocked his head to the side.
“I don’t think I understand. Whatever do you mean, Michael?”
“Oh, you know damn well what I’m talking about. Why is it that every time I turn my back you’re all over my girlfriend?”
Logan sneered at him as his tone suddenly changed.
“What are you going to do, pal? You’re going to be gone, won’t you? Who do you think is going to pick up the pieces of her broken heart? Game over, my friend, I win.”
It was all Michael needed to hear. He’d always known Logan was after Christina, but to hear it from his mouth was a totally different story. Michael took the dish he was holding, threw it across the room, and then lunged at Logan. The two of them threw punches and tore up the kitchen. Logan threw Michael over the kitchen counter, and with him, all the dessert dishes. Michael in turn shoved Logan into the kitchen table, and the table collapsed under Logan’s weight. Tiffany screamed out for help.
Christina came running at the sound of the commotion. Andrew and Daniel followed behind her. Andrew grabbed hold of Logan and tried to pull him away. Daniel grabbed onto Michael and pulled him to the opposite side of the kitchen. Logan laughed a mocking laugh as he wiped the blood off his mouth.
“You’re so fucking done, my friend. Get the hell out of my house before I call the cops.”
Michael pulled himself out of Daniel’s hold. He couldn’t help seeing the look of disappointment written on his face. He knew Daniel would side with Logan and not want to hear the truth of what happened.
Michael felt defeated. He stormed through the house and out the front door. Christina looked at Logan and shook her head.
“What the hell is wrong with you?”
Logan ran his fingers through his hair and smirked.
“Ask your boyfriend. He’s the one who threw the first punch. I caught him with his hands all over Tiffany.”
Tiffany let out a cry.
“How can you say that? That’s a lie.”
“Of course you’d say that, wouldn’t you? You’ve been pining over him for years, haven’t you?” Logan lashed out at her. Tiffany began to cry and ran out the back door.
Christina was torn. She looked around and noticed everyone was staring in their direction, so she ran to Logan’s room to retrieve her bag. Logan followed behind her and closed the door.
“Where are you going? Are you seriously going to leave knowing what that man just did?”
She pulled the strap over her shoulder.
“I can’t stay here. I have to find Michael.” She began to walk to the door when she stopped and looked at him. “How could you do this, Logan? If you really do care for me, you’d stop with all the games, and just accept that I love him.” She pushed past him and out into the hall.
“Good bye, Logan.” She slammed the door as she left. Lani grabbed her.
“Go… just go and find him. I’ll look after things here. Find him before he does something stupid.” Christina ran out the front door. Lani heard a loud crash from behind her. She opened Logan’s bedroom door just in time to see the hole that Logan had just put in the wall with his fist. 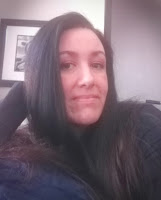 {about the author}
Born and raised in Massachusetts, Jenna settled into America's hometown where she proudly calls home with her family. She is an avid book reader and collector with an entire room dedicated to her passion. At the age of twelve years old Jenna began writing, determined to be just like Stephen King or Dean Koontz.
For her it all starts with the flick of an image. From there a story is born. Being an eternal romantic, Jenna is a true believer in happy endings. It's the rest of the story that anything is possible. Writing is her passion. It is something that helps her unwind at the end of the day. She likes to tell stories that will pull at your heartstrings, or simply whisk you away even for just a little while. So grab your favorite blanket, and a hot cup of coffee and settle in for the ride.
Amazon Author Link: http://www.amazon.com/Jenna-Pizzi/e/B00B4ELVYU/ref=ntt_dp_epwbk_0
Facebook: https://www.facebook.com/pages/Jenna-Pizzi/501878039840087
Website: Jennapizzi.com
Twitter: @jaderayne

{my thoughts}
This book has EVERYTHING! Seriously, every time you turn around something is happening to the girl Christina. Her life seems to be in shambles...one tragedy or disaster after another is keeping her down. And honestly I don't know that I thought she would be able to fight back. But she does! And it's amazing! You will be captivated from the very start. Watch as Christina falls in love for the first time and learns to live her life despite everything that is happening around her. Full of family and friends....WONDERFUL book!!