Lucretia's life as an astronomer is quickly turned on its head by her eldest brother when he is commanded by the king to build the grandest telescope in the land. Her nights spent on rooftops gazing at the stars are replaced by adventure as the family move to be nearer the king. In a race to build the Forty-foot telescope on time, misfortunes take their toll. The lady astronomer finds court life to be more dangerous than she could have ever imagined. Can she find the strength inside to overcome the obstacles threatening her destiny? Only the stars will tell.

{excerpt}
Siphonaptera jumped on to the flat roof, hidden by his tiny size and the darkness of the still night. Though stars peppered the skies with diamond dust, their light would no more have illuminated the predator than a candle at one end of a particularly dank, gloomy tunnel.

He paused on his long hind legs, lifted his head, and fixed a beady eye on his prey. Three warm bodies for him to gorge on. If his front legs had been longer he would have rubbed them together in glee at the thought of the crimson blood lying in wait within his unknowing quarry. Blood. His tube-like mouth parts quivered in anticipation. He jumped again and came ever closer. His tiny belly rumbled and he stopped before realising the noise was so minute, nobody could possibly have heard it. Victory would be his! Just one more jump. Two. Three. The excitement of wanting, and knowing it was within reach, filled him in a great rush. And then he knew no more.

A sudden shriek made Lucretia's heart leap and her hand fly to her chest. Her head whipped round and her left eye, hugely magnified behind her monoscope, fixed on her ring-tailed lemur crouched nearby.

"Leibniz, how many times have I asked you not to make noise when I'm at a critical juncture?" She sighed. "What do you have there, boy?"

The lemur sauntered over, arms behind his back.

"Show, Leibniz. Show." She raised herself from the roof and brushed down her dress.

Leibniz reluctantly held his arm forward and opened his paw. Within lay a smudged smear that had once been Siphonaptera. Lucretia peered until she could make out what it was. She stepped back and grimaced. "Well, feel free to eat it. I hate fleas."

The lemur's pink tongue picked the squashed flea up gently and deposited it into his mouth. Leibniz closed his eyes in appreciation and savoured the tiny flavour before it disappeared, which it did rather too quickly for his liking. He scratched his bottom, sat down, and looked up enquiringly at Lucretia. His long black and white striped tail curled like a question mark.

"Don't ask me." She shrugged. "Let's get on with some more work before sunrise." So saying, she lay down on her stomach again and lifted her Newtonian sweeper telescope to her good eye.

"Now, where was I?" She muttered, trying to find the exact patch of sky she had been studying before being so rudely interrupted. 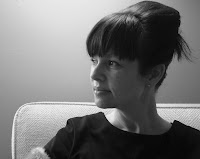 She reviews for the Historical Novels Review and the British Fantasy Society, is a commissioning editor at Pendragon Press and is co-editor of the Nasty Snips II Project for that press.

Alongside writing with her Dad under the pen-name Derry O’Dowd, whose first book ‘The Scarlet Ribbon’ was chosen to launch the History Press Ireland’s fiction line, she writes under her own name.

‘The Lady Astronomer’, a YA Steampunk novel, is out with Untold Press. She is currently writing a Steampunk adult series because writing for tweens and teens is damnably hard work. However, the good people at Untold might just have persuaded her to write a sequel and short set in the Lady Astronomer’s world.

{facts}
I wrote The Lady Astronomer for my eldest son – he was jealous that I had used my younger son’s name in something else I was writing.

I work with an Astronomer on books that require his expert knowledge – the idea for The Lady Astronomer came to me while reading another book that he recommended I read.

The Lady Astronomer is inspired by the life of Caroline Herschel (1750-1848). She suffered from both Smallpox and Typhus, was a milliner, soprano, her brother William’s Assistant – he discovered Uranus, then known as George’s Star for the King who funded the build of the ‘Great Forty-Foot’ telescope – and most importantly, perhaps, became the first woman in recorded history to discover a comet. Not to mention the first woman in the UK to receive a working wage, from the King if you don’t mind.

{my thoughts}
I read a little of everything but this was different than most of my books because it is aimed more for children. I totally enjoyed it though. It had a great storyline and characters. I was interested throughout the entire book. It made me feel like a little kid in a fantasy world. Excellent!!