When everything else is lost, there is always hope.
While most teens want an epic senior year, Trinity Whitebone hoped for a normal one. Being seventeen was hard enough. Having the emotions of everyone around you in your head made life more than a little difficult.

He screamed hot-god in jeans with just his walk. His intense stare warmed her skin like a thousand suns. Unfortunately, his interest in her seemed to run from blazing to freezing in the span of moments and left her nothing but confused. She could deal with things not being normal, but when life goes from strange to dangerous…


Trinity is the direct descendant of Pandora and fated to rectify the terrors released into the world by her curious ancestor. With powers she didn’t know existed and abilities she never wanted, Trinity tries to walk away from everything her life had become. She thought she could turn her back on her fate, until a band of rogue immortals discover who she is and will do whatever it takes to control her powers. Trinity is left with one decision…Embrace fate or die trying. 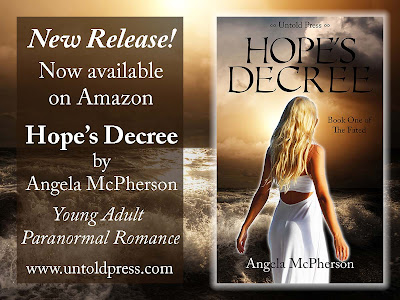 {teaser}
He leaned in close to my ear, and his hand grazed my thigh. "I forgot to mention this morning," he paused, letting enough time go by that my body caved and pulled toward him like gravity, "I plan on making sure you miss your dinner date with jock boy tonight." 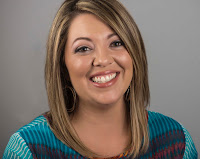 Born and currently residing in Midland, Texas, Angela shuffles three busy children (not including her husband) all over the place. She works in a busy pediatric doctor's office as a nurse during the day, and writes at night. She is addicted to coffee——who isn’t? And firmly believes chocolate can fix all——especially chocolate ice cream. She laughs a lot, often at herself and is willing to try anything once (she thinks). When Angela isn’t rushing kids around, working or writing, she’s reading. Other than life experience, Angela turns to a wide variety of music to help spark her creative juices. She loves to dance and sing, though her kids often beg her not to.

{my thoughts}
Holy awesomeness! This book was great! It's a YA with a touch of NA and paranormal. I loved it! It reminded me a little of Twilight. Just the teenage feel to it -the young love, the teen angst. It had an amazing storyline with engaging characters. I'm so glad this is a series so I can read more. I want...no I need more!