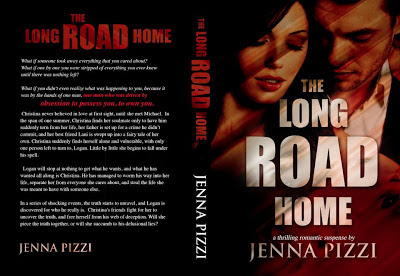 “The Long Road Home” Is a story about family, first love, betrayal & secrets.

What if someone took away everything that you ever cared about?

What if one by one you were stripped of everything you ever knew until there was nothing left?

What if you didn't even realize what was happening to you, because it was by the hands of one man, one man who was driven by obsession to possess you, to own you.

Christina never believed in love at first sight, until she met Michael. In the span of one summer, Christina finds her soulmate only to have him suddenly torn from her life, her father is set up for a crime he didn’t commit, and her best friend Lani is swept up into a fairy tale of her own. Christina suddenly finds herself alone and vulnerable, with only one person left to turn to, Logan. Little by little she begins to fall under his spell.

Logan will stop at nothing to get what he wants, and what he has wanted all along is Christina. He has managed to worm his way into her life, separate her from everyone she cares about, and steal the life she was meant to have with someone else.

In a series of shocking events, the truth starts to unravel, and the true Logan Harrington is discovered for who he really is. Christina's friends fight for her to uncover the truth, and free herself from his web of deception. Will she piece the truth together, or will she succumb to his delusional lies? 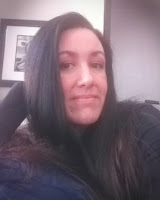 {about the author}
Born and raised in Massachusetts, Jenna settled into America's hometown where she proudly calls home with her family. She is an avid book reader and collector with an entire room dedicated to her passion. At the age of twelve years old Jenna began writing, determined to be just like Stephen King or Dean Koontz.
For her it all starts with the flick of an image. From there a story is born. Being an eternal romantic, Jenna is a true believer in happy endings. It's the rest of the story that anything is possible. Writing is her passion. It is something that helps her unwind at the end of the day. She likes to tell stories that will pull at your heartstrings, or simply whisk you away even for just a little while. So grab your favorite blanket, and a hot cup of coffee and settle in for the ride.