Fourteen-year-old Breena Taljain’s dreary existence in the slums of Purgaire comes to a sudden end when a chance encounter with a criminal mastermind known as the Patriarch goes horridly wrong. His assault on her for refusing to pay for her mother’s addiction leaves her comatose and teetering on the edge of life and death.

Galbrecht Atalir is a washed-up doctor struggling to overcome his inner demons through alcohol and aggression. He never quite recovered from the unsolved murder of his family seven years prior. When he discovers Breena as his newest patient, he knows at once that the Patriarch is the one who eluded him for almost a decade.

The medicine Galbrecht gives Breena draws her into a heavenly paradise. When it ebbs away, though, the recurring trauma plunges her into treacherous hinterlands. There, Breena must learn to find power in courage, hope, and love to overcome fiends of hatred bent on permanently ending her existence.

With justice burning in his heart, Galbrecht begins a race against time to seek out the Patriarch in the underworld before Breena loses her struggle against the ever-darkening terrors of her mind….

{excerpt}
Breena tilted her head upwards and glared at him as best as she could. How had she ever been scared of him? She understood him perfectly. Everything made sense now. She had found strength in her weaknesses. The compassion that had made her vulnerable in her former life was now invaluable.

“You’re wrong, Mulciber. I’m only fourteen years old. I’m not as strong as you…but at least…at least I can admit my faults. That takes true power. I know I can’t…I can’t do everything alone.” She coughed again and whimpered from the dull throbbing in her abdomen. “Life is all about g-give and take. I need others to catch me when I fall. There’s nothing…nothing wrong with that. I need my friends and they…they need me.” She huffed and wiped the sweat from her brows. “There’s more to strength than…than raw might. You just don’t want to accept the…the truth. You’re too scared. That’s…that’s why….” She hacked up spittle and heaved wildly. She could no longer make out anything but blurs of incandescent light. “That’s why I’m stronger than you, Mulciber.”
What? That…that doesn’t…that doesn’t…!
“It’s your turn to prove your strength to me. Break…break free of Izanami and join me. You need me and I…and I need you. Don’t…don’t be a coward.”
No more…no more, human!
Mulciber let out his fiercest shriek yet. One curt glance to his left halted Veku and Lilim in their tracks. Even Leinth stopped her relentless advance.
You…Mulciber hissed. You would call me a…a coward? Me? You are wrong! How…how dare you underestimate me? I am Mulciber, King of the Ifrits!
“Then…then show me the worth of a king’s pride.” 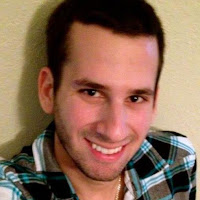 {my thoughts}
I have always had a hard time imagining a man being able to write from a girl's perspective. I'm usually proven wrong (which I hate to admit, shhhh don't tell anyone especially my husband) but I really was impressed by this first fantasy novel by Jake Bonsignore. It was amazing! He has such an eloquent way of writing. You are sucked into this imaginary world where everything feels so real. I loved this book. I think fantasy is one of the hardest to read - either it's believable or it's not. And this so was!! I really can't wait to read more from him!