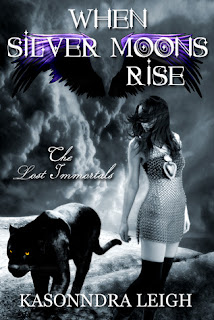 Facing an unstable future, Chela Prizeon leaves Castle Hayne and crosses over to enemy territory in pursuit of Faris--the boy of royal blood who is cursed by a bitter rival. But soon Chela learns that he has been taken deep into the treacherous frozen prisons--a majestic, but deadly place where people enter and are never seen again. To find the boy she loves, Chela must join forces with one of her greatest enemies. And even though she pulls strength from the good in her powers, she finds herself drawn to the dark side's temptation as well.

Narrated from both Chela's and Faris's point of view, this enchanting sequel to When Copper Suns Fall will take them on a voyage into unknown lands, where the dark, twisted, and revengeful wait to make this their most dangerous journey ever.

Chela’s Dream
At once, my body lifts. I move forward, the mystery power pulling me directly toward him. My entire body warms up the closer I get to his, a tease of the heated way I felt only moments before we were torn apart. Instead of Faris biting me or breaking my neck the way everyone says he can, he pulls me against his chest.

Burying my face inside his warm fur, I soon begin to feel my body lighten and change. My bones snap and my arms and legs twist in several directions.

I should feel pain, but I don’t.

What’s happening to me?

Okay, somebody wake me up now.

The area around us flashes in and out of focus just before everything goes dark. The shade only lasts a few seconds. When the world comes back into view, I find myself down on the ground, straddling my hands and knees that have turned into paws as though I’m a cat, a really big one.

The Beast and I have merged together, a single being. Our heartbeats are the same. My thoughts belong to him. His willpower belongs to me. Faris and I will always be a part of each other. This isn’t only about some ancient bond. This is love. Tried, true, and tested by the time we’ve spent apart, months stolen by a war that our ancestors started.

Up ahead, the trees shuffle. I snap my massive jaws toward them. A group of Outcasts steps out of the bushes. My roar startles this strangely dressed group of rebels, but it doesn’t keep them from advancing toward me.

“Wake up, Chela! They’re coming for you!” Faris’s panicked voice calls out. My eyelids flutter open. 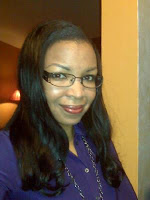 I live in the City of Alchemy and Medicine, North Carolina. I write about people doing fantastical things in magical worlds. Sometimes they fall for each other and make sacrifices for their friends. Oh, and sometimes they love music and nature too. I live with my two sons,a guinea pig, a cat, and two dogs. Now that I have completed my MFA in creative writing, I find that I have a little extra time to play CLUE more often. I live in an L-shaped house dedicated to my grandmother. It has a secret library complete with fairies, venetian plastered walls, and a desk made out of clear blue glass.

The Lost Immortals: When Copper Suns Fall is my debut novel.

{my thoughts}
Before being asked to review this book I had not read this series or this author. So I didn't know what to expect. I was given both books - 1 & 2 in The Lost Immortals series... and I have to say I am not disappointed! The characters were so relateable and the story line is so interesting. I found that I didn't want to put the books down...then I was finished and I had to. The cliffhanger in When the Silver Moon Rises has left me wanting more, right NOW! I can't wait to read the next book in this series.