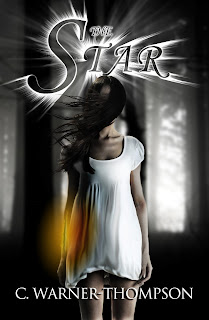 {about the book}
Abbii had been afraid of the dark for four long years. She hated the eerie silence that filled the night.
She would often try to forget by closing her eyes at night, but she would always be met by dreams of Shadows that would attack her, dragging her into the Darkness. Most nights, she would simply lie there with her bedding wrapped tightly around her, staring at the light coming in through her window, hoping that she would drift off into a dreamless sleep.
Ever since that day four years ago, the dark had frightened her; she had thought it would be a curse throughout the whole of her life, but something changed when she met him.
The dark seemed to lose its power and the moon’s light brightened.
Her dreams didn’t stop; nightmares still stole her sleep, but there was always a figure of Light that would save her and allow her to wake.
He said the same thing every night in her dreams. Keep fighting, Abbii.
She thought that he was part of her imagination, someone that she had created to save her, until she met him and was drawn into his bright hazel eyes.
His name was Nate.

{excerpt}
Nate signalled for her to move forward, watching as she did after a brief hesitation. She stopped several strides in front of him and waited for him to speak. “How many windows are there?”
Not really understanding the relevance of counting windows, Abbii turned to count them.
“No!”
Startled by Nate’s outburst, she glared at him, more out of shock than malice.
“Without turning.” He watched as confusion took over her face. “Close your eyes and focus on the energy of the sunlight beaming through the glass.”
Abbii shuffled in her place, not really understanding, but when Nate smiled, she did as she was asked. She closed her eyes, immediately feeling self conscious that Nate’s gaze was focused onto her.
“Clear your mind of everything else. Think of somewhere you feel calm.”
Keeping her eyes closed, Abbii took in Nate’s statement. She felt her heartbeat increase and her breath seemed shallow, but as she relaxed her shoulders, the rest of her body seemed to follow. She listened to the faint breeze that circled through the large space, hearing leaves pitter-pattering against the wooden floor.
“Anywhere you feel calm.”
Although her mind was full of questions and worries and a fear that she would lose herself, Abbii found that an image began to form in her head. Bursts of blue and silver light soothed her, and once the image had focused, she realised why. She could see the lake at The Everglades, with the moon reflected clearly upon its surface. The stars were shining brightly, and the air was still. The feeling of calm which enveloped her felt uplifting.
“Now keep that feeling inside of you and focus onto the light of the sun.”
Not at all distracted by Nate’s words, Abbii kept hold of the calmness inside of her and expanded her mind in some way, feeling the energy of the sunlight. She could feel its warmth and the way it passed through the glass of the bay windows. The years of dirt and dust made no difference; the power of the sunlight beamed through it without faltering.
“How many are there, Abbii?”
Realising that she could sense several different areas of the sunlight’s energy, Abbii realised that each one represented one of the windows.
There are eight. 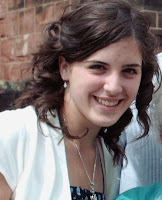 {about the author}
I was born in England in the West Midlands in 1991 where I am still currently living, growing up alongside one younger and three older brothers.
Books and writing was an interest that I began to develop from the first years of secondary school, and on my thirteenth birthday, I began to plan and design the idea to write a fantasy novel. I finished secondary school with high GCSE's and then went on into further education to study English and all aspects of art and design. After six years of writing, planning and overall editing of the book, it was successfully completed, containing over 82,000 words, and self published in the first week of 2011.
With high expectations in myself, I immediately began to write a second novel in the series, while keeping my art and design a part of the process. The achievement of completing the first novel 'Purest Light,' allowed the ideas of the second to flow much easier and it was completed by early 2012. As I was writing the third and final book, New Beginnings, at the same time, the series was finished by its publication in 2013.
Writing is now a part of my everyday and I have started on my newest project, The Star, which is also planned to be the first of three. Only time will tell.
{links}
Facebook- https://www.facebook.com/pages/C-Warner-Thompson/104340679736336?ref=hl
Twitter @clemychum