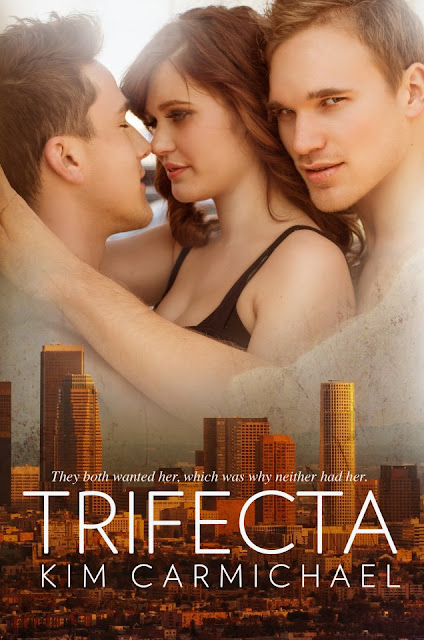 Two men. One woman. It could ruin a friendship, or bring a satisfying twist to their lives. Artist, Jason Morgan, is used to making magic on the canvas. Now he hopes to do it in the bedroom.

After a failed gallery showing, Jason decides the best way to cure his creative block is to act on his own personal fantasy, and enter into a sexual relationship with his two best friends.

From the time they were in elementary school, Russell Sinclair has been a willing participant in Jason's adventures, but this one goes to a new level. He's intrigued by the idea of sharing one woman, but is challenged by how to fit this three-sided relationship into his traditional life.

Lauren Redmond is no stranger to fantasy. As the aesthetic sales rep to the top Beverly Hills dermatologists, she is responsible for the majority of puffed lips and filled wrinkles in the greater Los Angeles area. She detours from her steady, secure path when she is offered the opportunity to live the dream with the two men who have occupied her heart since college. The fantasy fast becomes a powerful reality, and Lauren must decide if she is willing to give up everything she has worked for to have a bit of temporary decadence.
Trifecta explores the boundaries of love, relationships and convention.

{about the author}
Kim Carmichael began writing eight years ago when her need for graphic sex scenes and love of happy endings inspired her to create her own. She has a weakness for bad boys and techno geeks, and married her own computer whiz after he proved he could keep her all her gadgets running. When not writing, she can usually be found slathered in sunscreen trolling Los Angeles and helping top doctors build their practices.