Sixteen-year-old Hagan Curtis's life is a total mess-alcoholic single father, recently deceased brother (Robin), and social invisibility-until an eerie encounter with a trio of ghostly sisters reveals he is part of the Triad. Armed with newfound battle skills and wielding his amazing split-staff, Hagan plunges headlong into training. But soon he discovers that membership in the Triad can be lethal as Spectrals, Necropeds, and

Feeders from other realms show just how bloodthirsty they can be. As his team plummets eeper into their first mission, Hagan learns that his brother’s death resulted from Robin’s knowledge of the Triad, and those closest to him are keeping dark secrets. Will Hagan survive the terrifying mission to finally untangle the mystery of Robin’s death?

An hour and a half later, our trio is sitting on the Knoll, eating lunch.  The Knoll is a small hill above the football field.  We’ve eaten there every sunny day since our freshman year.  Although many students eat outside, the Knoll is basically our territory.   I am absently shoving grapes in my mouth.  Naomi has her head leaned back on Charles’s lap as he munches on a peanut butter sandwich.   I’m not surprised by our eating arrangement.  It’s pretty typical.

Charles is flirtatious by nature.  He can effortlessly wink, touch, and giggle in a way that girls really respond to, including Naomi.  The two always seem to be finding an excuse to touch one another; be it a playful punch or a piggyback ride across the parking lot after a game.  I glance over to see Charles lightly playing with Omi’s hair.  For some reason, this totally irritates me.  Maybe it’s my lack of sleep.  Or maybe it’s something else.  Something I’m not ready to think about yet. I’m rescued from my musings by the top of a dandelion hitting my forehead with a ‘plop’.

“Wake up, sunshine,” Charles snips.  “What’s with you today?’

“Nothing.  Just thinking that it will be summer in just nine weeks.”

Naomi rises up from Charles’s lap and props herself up on one elbow.  I don’t mind admitting I’m more than a little relieved that she’s ended their hair-stroking session.

“Now there’s a great thought,” she says cheerfully.  “What are we gonna do this summer, guys?”

“Dunno,” I respond.  “Maybe we could get jobs somewhere.  I heard the movie theater hires high school kids.  That could be fun.”

Charles pipes in.  “Hmm…free popcorn and ticket tearing.  I think I could get on board with a summer of that.  Of course, you know my days are spent at the mercy of Coach Riley.”

“No amount of summer practice could help your team,” teases Naomi, playfully pushing Charles’s broad shoulder.  “What a bunch of losers!”

Again, they’re touching.  Why is this bothering me so much today?  I’m really pissed about it.  To snap myself out of my mood, I join Omi and punch Charles’s other shoulder.
“Really!” I joke.  Charles retaliates by reaching over and twisting my right nipple.

I let out a little yelp and flick him on the crown of his head.
“And as for you…” he says looking at Naomi mischievously, “SANDWICH BOMB!”  He tosses the remains of his peanut butter sandwich, striking her on the leg.

It falls to the grass, leaving a tiny peanut butter streak on Naomi’s jeans.  She gasps in faked indignation and rises to her feet. Naomi turns and snatches up her belongings in an overdramatic fashion and stomps down the Knoll.  She whips her head around and raises her left eyebrow.

“I’ll leave you boys to stew in your own testosterone!  I’m headed to fourth.”

And with that, she’s gone.  As she walks away, I watch her ponytail, swaying from side to side, catching glints of sunlight in its loose curls.  I can’t help but notice that the sway of her hips matches that of her hair, forming a perfect rhythm.  Ashamed, I turn away, just in time to see that Charles is watching her, too.  I swear to God, his pupils are swinging side to side with Omi’s steps.  He glances my way and his eyes meet mine.  He quickly diverts them to the grass beneath us.

“So,” he stammers awkwardly, “working at the movies this summer?  Sounds like a good plan.”

Charles Denton is Mr. Charisma.  Born to an upper-class family, he’s never wanted for anything in his life.  As a young child, Charles
realized that he was charming, manipulating his baby sitter into letting
him stay up late and eat ice cream.  In Middle School, he filled out way
before his peers, making this 6’2”, blonde, tanned, muscular guy the
object of many schoolgirl crushes.

Despite having his pick of any girl in the school, Denton just can’t seem
to date exclusively.  “Keep all options open” is his relationship motto.
Besides, he is extremely busy with sports, especially football and track.
Any free time left is devoted to his pals, Hagan and Naomi.  No one at
Fenton High gets this trio, but it makes perfect sense to Charles.  Lucky
for him, he’s so well like no one gives him much grief about his odd
choice of friends.

Charles has always lived a charmed life, until a series of horrifying
dreams leads him to the conclusion that he is a part of the Triad.  As
he and the rest of the Triad begin their training, Charles slowly begins
to realize that his happy-go-lucky, All-American Boy life is over.  In
it’s place are blood thirsty Feeders and flesh-hungry Necropeds, all
determined to destroy any human they can get their claws into. And the
Triad’s expected to stop them.  Charles won’t be able to charm his way
out of this one!


Hagan Curtis lives a fairly normal life with his blue-collar father
and athletic older brother, Robin. One dark night, Robin goes missing.
Hagan discovers his body the next morning.  Robin’s death drives his
dad over the edge. He’s now cold, distant, and would rather spend his
time drinking whiskey instead of taking any interest in Hagan’s life.

Hagan just tries to deal with losing Robin and get through each day.  The
only bright spot are his two best friends-sassy, outspoken Naomi and
popular, charismatic Charles. They don’t seem like likely companions
for the shy, sensitive kid, but somehow, the three sixteen-year-olds
click.

Hagan’s life takes a bizarre twist when he begins being terrorized by
three unearthly spirits, hell-bent on giving him the message that he
is part of the Triad. Can this skinny, quiet kid really be part of a team
called to defend the Earth from dark forces? He seems like an unlikely
hero. But aren’t unlikely heroes what legends are made of?


Naomi Norris has never been one to hold her tongue.  This
opinionated, feisty girl has always said exactly what’s on her mind.
Naomi learned to be boldly independent from an early age. Could it be
due to the fact that a single mother that would rather chase men than be
a parent raised her?

Growing up, Naomi read anything she could get her hands on. (Despite
her tough exterior, she secretly dreams of become a writer) The rest of
her childhood was spent becoming the best goalie that has ever played
on the Fenton Junior Soccer League.  This was most definitely a good
outlet for some of her natural aggression!

Now sixteen, the auburn-haired beauty spends most of her time with
her two best friends-Hagan and Charles.  Could a love-triangle be
developing? Could the trio become the topic of hot gossip at Fenton
High School? Does Naomi really care? Probably not. 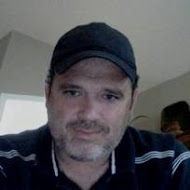 {about the author}
Seems I've always loved to read. Growing up in rural Kentucky, the highlight of my summers was when the bookmobile delivered new books to my house each week. During the school year, I spent hours at the public library devouring horror and suspense novels. As an adult, I've taught Language Arts for fifteen years. Reading and writing with my students has inspired me to finally write my own books. I love opening the door to a world I create and seeing what a spine-tingling events unfold!

In my spare time I enjoy spending time with my wife and three children. I also read (of course) and watch horror movies. My obsession with all things scary led me to write the Triad Trilogy. I hope you enjoy reading my books as much as I have writing them for you!