Justice League Gets a NEW Look for Summer!

Check out this press release from Target ... looks like the Justice League is getting an updated look for Summer. :) 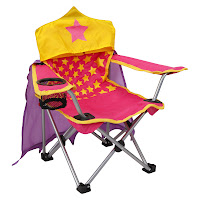 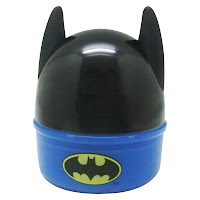 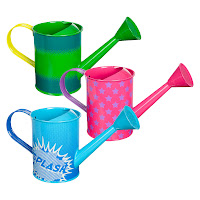 MINNEAPOLIS (May 13, 2013) – In a first-of-its-kind partnership, Target® Corp. (NYSE: TGT) and Warner Bros. Consumer Products, in partnership with DC Entertainment, have teamed up to introduce an extensive summer collection of exclusive Justice League merchandise. The summer collection was inspired by “DC Comics – The New 52” comic book character designs and holds surprises for fans young and old. Featuring the full lineup of DC Comics’ iconic Justice League Super Heroes – Aquaman, Batman, Cyborg, The Flash, Green Lantern, Superman and Wonder Woman – the summer collection will launch at all U.S. Target stores and on Target.com beginning May 19.

The summer collection was co-created by the Target and Warner Bros. Consumer Products design teams and features contemporary and nostalgic, vintage-inspired graphics and designs. With more than 50 summer products available exclusively at Target, guests will see the collection come to life in home, stationery, sporting goods, and lawn and garden. Some of the more unexpected items include melamine dinnerware that features a purple and pink-clad Wonder Woman; an apron that transforms the cook into Batman; sand toys that will help beach-goers create Gotham City; and children’s Batman, Wonder Woman and The Flash beach towels that double as capes.
“We know Target’s guests love discovering unique merchandise, and this collection delivers the unexpected with a dash of great design. Fans of all ages are sure to love these one-of-a-kind summer items,” said Greg Van Bellinger, director of product design and development, Target.

“DC Comics’ Justice League characters are a powerful assemblage of the most recognizable Super Heroes in the history of comic books. We are incredibly excited to offer fans of all ages a unique collection and collaboration that pairs the heroics of the Justice League characters with the product design and marketing super powers of Target,” said Brad Globe, president of Warner Bros. Consumer Products.

About TargetMinneapolis-based Target Corporation (NYSE: TGT) serves guests at 1,832 stores – 1,784 in the United States and 48 in Canada – and at Target.com. Since 1946, Target has given 5 percent of its profit through community grants and programs; today, that giving equals more than $4 million a week. For more information about Target’s commitment to corporate responsibility, visit Target.com/corporateresponsibility.
For more information, visit Target.com/Pressroom.

JUSTICE LEAGUE and all related characters and elements are trademarks of and © DC Comics.(s13)