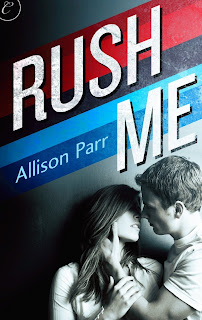 {about the book}
When post-grad Rachael Hamilton accidentally gate-crashes a pro-athlete party, she ends up face-to-face with Ryan Carter, the NFL's most beloved quarterback.

While most girls would be thrilled to meet the attractive young millionaire, Rachael would rather spend time with books than at sporting events, and she has more important things to worry about than romance. Like her parents pressuring her to leave her unpaid publishing internship for law school.

But when Ryan's rookie teammate attaches himself to Rachael, she ends up co-hosting Friday-night dinners for half a dozen football players.

Over pancake brunches, charity galas and Alexander the Great, Rachael realizes all the judgments she'd made about Ryan are wrong. But how can a Midwestern Irish-Catholic jock with commitment problems and an artsy, gun-shy Jewish New Englander ever forge a partnership? Rachael must let down her barriers if she wants real love—even if that opens her up to pain that could send her back into her emotional shell forever.

{my thoughts}
Ahhhhh!! Awesome book! I loved it! When the book starts you meet Rachael, and well she's kinda stuck up and spoiled. I really didn't like her much. Her life is going nowhere fast. And then her friend drags her to a party. A party that is gonna change everything! Rachael accidentally crashes a party, for a NFL team. In comes Ryan, hot quarterback. I was amused by Rachael's total lack of awe at a NFL player. She's more of a bookworm. Let me tell you I'm a bookworm of the best kind....but I would so be impressed by a pro-athlete. :) They clash immediately and then the fun begins! I had such a good time reading this book. The chemistry between the two is amazing. The story was so well written and it was very easy to read. I was done within a few hours. And yes, I did like Rachael by the end of the book.

It is set to release tomorrow!

So go on over to Amazon and pre-order your copy now for only $2.99! It will be sent to your Kindle as soon as it's live.

Disclosure: I received this book free for review from NetGalley & Carina Press. All opinions are my own and were in no way influenced.