Losing Me, Finding You by CM Stunich Cover Reveal


Check out this HOT new cover for CM Stunich's new book Losing Me, Finding You! 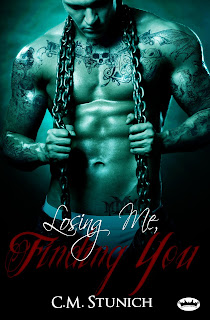 “Austin Sparks crushes me against the pool table with his hips, the roughness of his jeans rubbing against the smoothness of my thighs as he pushes up my skirt with his warm hands. 'Get ready for this, beautiful.'”

Twenty-one year old Amy Cross's idea of a hot Saturday night is curling up with her favorite book boyfriend and secretly sneaking a bottle of her mother's wine. That is, until she meets Austin Sparks, the biker boy with a past that burns like fire and a gaze she can't look away from. Without knowing what she's doing or why she's doing it, Amy ends up on the road with Austin traveling from one city to another while learning things she's only ever read about in romance novels.

At first it seems like Austin is Amy's fantasy come true, but as their journey progresses, she starts to sense that Austin is running away from something. Amy knows that she'll do whatever it takes to help him find himself. What she doesn't expect is that she'll lose herself in the process and how good it will feel to be free. 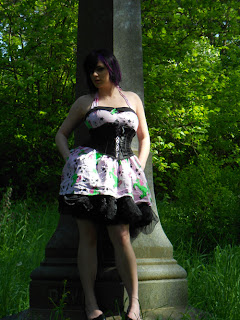 {about the author}
C.M. Stunich was raised under a cover of fog in the area known simply as Eureka, CA. A mysterious place, this strange, arboreal land nursed Caitlin's (yes, that's her name!) desire to write strange fiction novels about wicked monsters, magical trains, and Nemean Lions (Google it!). She currently enjoys drag queens, having too many cats, and tribal bellydance.

Always a fan of the indie scene and 'sticking it to the man,' Ms. Stunich decided to take the road less traveled and forgo the traditional publishing route. You can be assured though that she received several rejections as to ensure her proper place in the world of writers before taking up a friend's offer to start a publishing company. Sarian Royal was born, and Ms. Stunich's books slowly transformed from mere baking chocolate to full blown tortes with hand sculpted fondant flowers.

C.M. is a writer obsessed with delivering the very best and scours her mind on a regular basis to select the most unusual stories for the outside world.

Join in the Losing Me, Finding You Facebook Party for lots of fun & games!

A few of CM's other books: 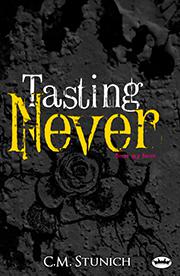 Tasting Never (Book one in the Never say Never trilogy)

"Never Ross wants to be loved.
It's that simple, but it's not that easy."
Never is a girl with a broken soul who doesn't date nice guys and can't seem to go to bed at night without crying herself to sleep. She doesn't need any complications in her life, especially not when they're attached to a man that could be her emotional twin.
Ty McCabe can't stand Never the first time he meets her. He's aware that the feeling's mutual and the two don't think they'll ever see each other again, but when fate takes a hand and puts them both in the wrong place at the wrong time, Ty and Never form a tentative friendship that opens the door on their dark sides and shows them what it's like to live in the light.
"Sometimes, the only way to go forward, is to take a few, careful steps back." 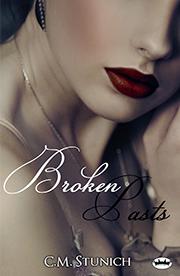 “Until Nathaniel Sutherland was open and all his soul was bared for me to see, I wouldn't be satisfied.”
Theresa McMaster does not have a good track record when it comes to men. Her first husband walked out on her after a terrible miscarriage left her unable to carry any children of her own, and her estranged second husband has revealed himself to be more than just an emotional danger – he's been stalking her.
Fearing for her own safety as well as that of her family, Theresa hires a private security service and meets Nathaniel, the man whose secrets and heartaches may just outnumber her own. Drawn into the arms of the sexy stranger, Theresa fears that both of their pasts may very well be the things that keep them apart.
“You can't escape your past by running from it.” 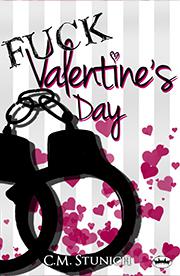 WARNING: This book contains handcuffs, hair pulling, perverted Valentine's cards, and all other sorts of naughty. This book is NOT intended for anyone who dislikes hot sex scenes, bad boys, or nerds with kinky sides. Read at your own risk.
"Suck it, Kitty Cat."
Andi Fisher hates Valentine's Day for obvious reasons. First off, she's single. Second, she's single. And third, well, she's f*cking single. Like it isn't hard enough watching the lovey-dovey couples on campus and listening to her roommate's wild sexcapades at night. Why does there have to be a holiday to grind the salt in Andi's proverbial wounds?
Resigned to watching reruns of “Sleepless in Seattle” and binge eating on half-priced holiday chocolates, Andi is surprised when not one but two guys start to take in interest in her. Sexy, tattooed Quinn and the equally hot, but totally nerdy Preston. Either way, Andi might have Valentine's Day plans that she didn't expect …