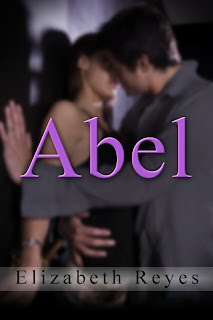 You can read the prologue on her blog and be sure to enter the giveaway for 5 signed copies of any book of hers (winner's choice) and 2 $25 gift cards.


The sound coming from Nellie’s phone again woke them both. Abel had actually woken up a few hours prior when it had beeped a few times. Now it was ringing. He’d almost snuck out earlier while she slept soundly as he had all the other times. She hadn’t even stirred from the phone beeping. But he got caught up watching Nellie sleep. He knew now he must’ve dozed off again because the last thing he remembered was lying back on the pillow to gaze at that peaceful very content expression on her face.

Not missing the surprised double take she did when she realized he was still in bed with her, Abel smirked, watching her reach for her phone. The second she glanced at the screen, she sat up quickly.

“Shit! Is that the right time?”

“Long exhausting nights will do that to you.” Abel didn’t even try to hide the immense satisfaction the very thought gave him. Bringing his hands behind his head in no hurry at all to get going, he smiled smugly. In fact, he couldn’t think of anything better than sticking around and going a few more rounds with Nellie. “But it’s Saturday, so it’s okay to sleep in, right?”
Nellie’s phone rang again, and already she was making her way off of the bed. “Yeah, but I’m supposed to meet someone this morning.” Grabbing a robe from the chair next to her bed, she flung it around her and held her hand up to Abel, while clicking the screen on her phone and bringing it to her ear before he could ask who she was meeting. “Logan? I’m so sorry. I’m running really late, but I can meet you in like forty minutes?”
In direct contrast to how fast he felt his insides warm, Abel sat up slowly, staring at her. He’d had a feeling from day one that if it ever came down to it that he might be a little bothered to hear about her with someone else. It was to be expected, right? Human nature. But he hadn’t expected to feel what he was feeling now.

He continued to stare at her with a bit of curiosity and something else as she rummaged through her drawers. This had to be business. No way was she jumping out of bed with him to go meet another guy for breakfast. Sure they had an unspoken understanding—no fucking demands and all that shit—but he’d been certain Nellie had more class than this. Was she really chatting it up with another dude while he was still lying naked in her bed listening to her?

The rest of her conversation with the guy was frustrating. The guy was obviously doing most of the talking because she wasn’t saying much more than “uh huh,” so she wasn’t giving him much more to go on about who this Logan guy was.

The choice of clothes she laid out on the bed as she continued with her call only made his insides warmer. Instead of a business suit like the ones that drove him nuts, she laid out a pair of jeans and casual knit top. As off-putting as the idea of her wearing a sexy skirt suit to go meet Logan at the Country Kitchen was, it would’ve at least meant this was for sure a business meeting, not a casual breakfast date with a guy.

He’d gotten out of bed himself now and watched as she brought out the big sexy wedge sandals from her closet. She finally hung up just as he’d finished pulling on his pants. He stared at her as he buttoned his fly, doing his best to keep his cool. If he blew up now, this whole thing could come to an end, as he’d known it would from the beginning, but he didn’t know if he was ready to end this just yet.

“I’m sorry,” she explained, still rushing around the room. “I don’t mean to run out on you like this, but if I’d have known you’d still be here this morning, I could’ve cancelled this last night.” She paused her rushing for a moment to glance at him a bit uneasy. “I just assumed, you know, like all the other times . . .” She looked away before she added the last comment. “That you’d be gone when I woke.”

Swallowing hard, he took in a slow breath. No way was he going to blow this. He knew he was walking on a tightrope. One wrong move and he could go down head first or worse. He could do the very thing they’d both said they wouldn’t do, and the tightrope could snap altogether, leaving no possibility of climbing back on. But he had to ask. “Who’s Logan?”