Angel in My Room ~ Book Review


You never know when I might play a wild card on you!

Angel in My Room
WestBow Press (September 26, 2011)
***Special thanks to Betty Collier for sending me a review copy.*** 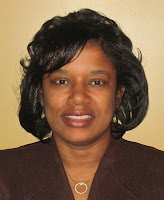 Betty Collier is a wife, mother, nurse, author, and child of the King. In her Living Inside The Testimony book series, she inspires others to discover that they too live inside testimonies meant to be shared. Betty lives inside the testimony in Bartlett, Tennessee, with her husband and two sons.

It has taken thirty-one years, but the story will now finally be told. It’s a story of love, compassion, and forgiveness. Lillie Hopkins had a miraculous encounter that changed her life forever on the day she gave birth to her one and only child. The joy and excitement she had previously anticipated suddenly disappeared and was replaced with the unbearable realization that something dreadful had occurred and things had gone horribly wrong. She was absolutely devastated and consumed with an irreparable broken heart. Excruciating sadness, agonizing sorrow, and total brokenness threatened her very desire to live, but then she had an angelic encounter which left her with indescribable peace. You will discover how Lillie caught a glimpse of heaven and was touched by an angel on April 21, 1980, the day her beloved son, Derrich, was born.

My Walk Took a Detour


I remember watching the Jerry Lewis MDA Labor Day Telethon every year since I was a child. Lewis has hosted the telethon to raise money for the Muscular Dystrophy Association (MDA) annually since the 1960s. Each year, the telethon concludes with Lewis tearfully singing “You’ll Never Walk Alone.” Sometimes I would cry along with Lewis as he sang these words that still resonate in my mind.


Although most of “Jerry’s Kids” were in wheelchairs and couldn’t walk due to the disease, they didn’t have to “walk” alone. Jerry Lewis and the entire MDA were with them, giving them all the support they possibly could—with millions and millions of dollars in donations each year.


Life is easier when you have a support system—family, friends, and significant others whom you can depend on in times of need. You should never feel you’re all alone in this world. It’s often surreal when you reflect back and realize that you don’t walk alone. At times, I’m sure Lillie Hopkins felt like she was all alone on this earth, with no one on her side. She had been walking with the Lord and had a personal relationship with him ever since she gave her life to him in April 1963. She was very assured of her salvation and her place in heaven.


She had indeed devoted her life to the Lord for many years—actually, all of her adult life—and nothing was going to separate her from Jesus Christ … no one or no thing. Fast-forward to April 1980, seventeen years after becoming a born-again believer. Could something so awful, so horrendous, so extremely dreadful and unbearable happen to shatter her very existence and her will to live?


In order to answer this question, we must go back to the beginning. Lillie Hopkins was born in the 1940s in a rural town near Memphis, Tennessee, in the segregated south, the fifth of her mother’s eight children. As a young African-American female born thirteen years after Dr. Martin Luther King, Jr. was born, she lived through the civil rights movement. In 1963, the same year Lillie gave her life to the Lord, Dr. King was in the middle of the civil rights movement. He helped organize a massive march on Washington, DC, where he delivered his famous speech, “I Have a Dream,” on the steps of the Lincoln Memorial. It was seventeen years later that Lillie’s life was shattered beyond recognition.


Now, putting things into perspective, although Lillie was not directly part of the civil rights movement, one must realize that growing up in the segregated south during this time in our nation’s history would cause one to look at his or her own life and dream of a better future. Such was the case for Lillie, who saw the struggles and challenges her poor parents faced while trying to raise their family under very unequal circumstances.


But Dr. King had taught Lillie a very important lesson: to have a dream. She believed that one day she would grow up and marry a wonderful man, and together they would raise their children in a nation that was changing for the better. She started to believe that she had a promising future—not one marked by hatred, bigotry, and inequality but one filled with the love and peace of God, one in which she would simply be judged by the content of her character.


After all, who would ever question the content of Lillie’s character? She was the perfect child who always did as she was told. As her siblings described her, she was the one who always got them into trouble because she tried to ensure that they did the right thing. She always did the right thing herself, so why would her brothers and sisters not comply with their parents instructions and do the right thing as well? She took it upon herself to make sure they behaved, but as you can imagine, that didn’t always go so well. She frequently found herself being ridiculed by the other children who simply wanted to have fun and do things their way.


If there was a rule to be broken, Lillie was certainly not going to be the child who broke it. She never broke any rule. She always did what was expected of her. Since I’m not from that generation, I don’t know what they would have called her, but I would imagine it was the equivalent of “Little Goody Two Shoes.”


While doing what was good, what was right, and what was expected simply came naturally for Lillie, there was a period in her life that surprised her entire family. No one had ever questioned her Christianity or her morality, simply because she had never done anything to cause anyone to question it. Time passed, and as the 1960s turned into the ’70s, Lillie found herself a single woman in her thirties with no prospects for a future husband. Her heart’s desire was simply to get married and have children. But she was still living at home with two of her adult sisters, caring for their mother who had become ill. Lillie’s five other siblings had all left home and gotten married.


So there she was, in the late 1970s, in the same home her father had built many years prior to the civil rights movement. This was the home she had grown up in. Why was she still there with her other two sisters and her aging mother? Time had certainly passed her by; she had missed the opportunity to get married and have children. Her biological clock was ticking like a bomb, and if she waited much longer, it would simply be too late to fulfill her dream.


Being confident that her mother and sisters were financially stable without her, Lillie finally moved out of her mother’s home in the late 1970s into her first apartment. By now she was well into her thirties with a time bomb about to explode. Was it too late to fulfill her dream of a wonderful husband and beautiful children?


At least she had a job she enjoyed. Working with handicapped and autistic children in a state facility gave Lillie a great source of joy and satisfaction. Her job was secure but also very challenging. She took work-related and college courses to become more proficient in her job and was very happy to be doing so. Her life was good, but since she was nearly forty years old, she also felt like her dreams would never come true. She had missed what she considered the epitome of womanhood: a husband and children.


Lillie became unfocused after she moved into her own apartment. Soon her thoughts became very selfish and self-centered. She wanted what she wanted, which wasn’t necessarily what God wanted for her life. She began to walk away from the Lord, and her mind was no longer able to concentrate on all the things she had been taught as a Christian. Looking back now, she knows that was definitely the wrong thing to do. But at the time, she was being controlled by thoughts that certainly were not her own, and soon her desires took her to a place she later wished she had never gone.


She had been taught what the Bible says in Isaiah 26:3, “You will keep in perfect peace those whose minds are steadfast, because they trust in you.” God was there, just waiting to give her peace to accept the life he had given her, but that’s not what she wanted. She had no peace, because she wanted something that was not God’s plan for her life.


What happens when you start looking around at other people? The grass always appears greener on the other side. Lillie started looking at other people and simply felt left out. Everyone her age was married with children. That’s what she wanted too. Her mind was not on the Lord; she became distracted; and her biological clock had nearly reached the end of its time.


When faced with the possibility that she would grow old alone, she took matters into her own hands. After all, men had been pursuing her for years, not just pursuing her, but downright chasing her! As soon as the next Mr. X appeared, wrapped in all the right packaging, the temptation became too great, and she finally yielded. He was a very nice man, extremely kind and incredibly gentle. He treated her very well. Was he the one? Had God sent Lillie the husband she had been waiting for? Were her dreams about to come true?


A few months later, the courtship was over.


Lillie knew in her heart what the Bible said, and guilt was consuming her very existence. Even Mr. X recognized it but could do nothing to stop her uncontrollable guilty conscience. Confronted with the realization that she had gone contrary from her Pentecostal religious beliefs, Lillie and Mr. X separated. Shortly after the courtship ended, his job moved him out of town. He called her a few times after he left Memphis, but the courtship was already over. She was left behind with nothing—nothing but guilt, remorse, embarrassment, and a broken heart. Her last chance at “happiness” had ended as quickly as it had begun, and she had nothing … nothing that she knew of, anyway. Lillie’s lifelong dream was over. Or was it?