Today's Wild Card author is:
Jim Maxim
and the book:
Face to Face with God
Whitaker House (July 5, 2011)
***Special thanks to Cathy Hickling of Whitaker House for sending me a review copy.*** 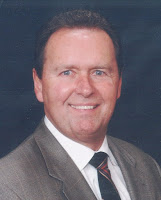 Jim Maxim is founder and president of MaximTrak Technologies, a former Marine, husband, father, grandfather, and Christian lay leader who takes very seriously Jesus’ command in Matthew 28 to “Go ye therefore, and teach all nations…” He and his wife Cathy are founders of Acts413, a ministry dedicated to encouraging Christians in their prayer lives. Longtime residents of the Philadelphia area, the Maxims actively volunteer for The Hope Center, a crisis pregnancy center, along with a variety of inner-city ministries.

Jim Maxim had been drinking and driving the night he crashed his car and nearly died. His face and head shattered after being thrust through the windshield, Jim lay alone in a hospital bed where he was confronted by the two demons that had plagued him throughout life. Assuming the dark and terrifying creatures were there to “claim their property,” Jim assumed his death was imminent. But God had other plans. Instead of a trip to hell, Jim found himself face-to-face with Jesus, an encounter that would change him forever. His gripping story demonstrates that miracles do happen, God answers prayer, and that no one is a “lost cause” when it comes to the love and power of Jesus Christ.

I was seated behind the wheel of my 1962 Oldsmobile Dynamic 88. It was December 27, 1971, so the car had seen a few years of scrapes and gashes. And so had I. At eighteen years of age, with high school just six months behind me, I was a well-known brawler, always ready for a party or a fight. That night, I’d had more than a few drinks with my buddies at a party, and I thought I was feeling just perfect.

Stopped at a red light, I popped the tape out of my eight-track player. I was ready for a new song. I reached across to my glove box to get a different tape. The Chicago Transit Authority would be perfect for the buzz I was feeling. The tape slipped from my fingers and fell to the car floor. I was so drunk that when I bent over to pick it up, I passed out, and my head started dropping to the car seat. Coming to for a brief second, I looked up and saw a car headed in my direction.

He’s going to hit me! I screamed silently, then passed out again.

The oncoming car missed me; somehow, I had swung the steering wheel to the left and veered out of its way. Out of control, my Olds flew up an embankment and careened back down again. The front of my car smashed with a sickening crunch into a dark, looming telephone pole.

Crashing Through the Windshield

My face struck the dashboard and my jaw cracked. I hit the windshield like a bullet and crashed through the glass. I was a pretty big guy, even at that age, six feet three inches, so when my shoulders hit the windshield, they were too broad to get through the crack, and they stopped my body from being thrown from the car. But what happened next was the worst part of the nightmare.

The car came to a sudden stop, and the weight of my body pulled me back inside the vehicle with a vengeance. As my head slid back through the windshield, the razor-sharp edges of the broken glass sliced my face wide open. I was thrown down onto the floor on the passenger side, with blood flowing freely from dozens of gashes in my head.

The first policeman on the scene wrenched open the passenger door to reach me. The blood from my face began flowing over the top of his shoe. “I think this is a dead one,” the cop shouted to his partner.
“It’s Too Late. He’s Dead!”

One of the last things I remember that night was blood and glass flying all around me. I looked up and across the street and saw the local funeral home. Is that my next stop? I wondered…then remembered nothing more.

It took combined accounts from the police, doctors, nurses, and my mother and sisters to put all the puzzle pieces together for me regarding what happened over the next hours and days.

The ambulance pulled into the emergency room driveway at Columbia Hospital late that night. A policeman opened the back door of the ambulance, took one look at me, and exclaimed to his partner, “Forget it; it’s too late. He’s dead!”

“I’m Still with You”

“No, I’m still with you,” I muttered thickly as I looked up from my cot. They were astonished to hear me speak!

I was rushed into the emergency room. It was the Christmas season, and there were no surgeons on duty. The young intern who ran into my hospital room stopped short in horror. As he looked at the bloody mess that was my head and face, he hardly knew where to begin. Feverishly, he tried to stop the bleeding while assessing the damage to my skull.

The cut on the top of my head was deep, so his first concern was the extent of the brain damage. Then, he looked at my eyes and realized that the jagged edges of the glass had cut across both eyes when my body was thrown back into the car. As the blood flow slowed down, the shaken intern began the process of removing bits of glass from my eyes as quickly as possible, while waiting anxiously for the surgeon’s arrival. When it became obvious that no one with more experience would be coming to help anytime soon, the intern began to sew the worst cuts on my face closed. Not being a plastic surgeon, he just sewed me shut, doing his best to save my ebbing life.

I struggled in and out of consciousness. When I had first arrived at the hospital, I had kept gasping to the police, “Is everyone else okay?” That had sent them into a momentary panic. Had they missed someone else who had been thrown from the car? I heard them talking as they kept asking me if anyone else had been with me. And then I slipped away…into the darkness.