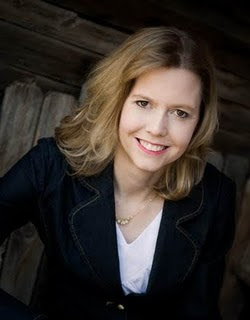 
Rosslyn Elliot--Winner of the
Best Protagonist Clash
Fairer Than Morning was voted as having the best protagonist description by Clash of the Titles readers. Her worthy competitor was Pamela Thibodeaux's Tempered Hearts.

A snapshot of her winning excerpt:
Will groaned. His eyes still would not focus, though the barn’s spinning was slowing.The barn door rattled as Master Good left. Will raised his fingers to the side of his head, where he could feel a huge lump already forming. A sharp sting revealed a break in the skin. His fingers were slick and red when he held them up close enough to focus on them.He would live. Tom’s head had bled worse than this, when the master hit him with the poker two weeks ago. He thought vaguely that he would have to wash the blood off before dinner, or he would get another thrashing. Read full blurb here

Rosslyn says:
For me, a good protagonist is admirable but also real, which means he must have sympathetic traits and also flaws. I find the most sympathetic traits to be courage, compassion, faith, sincerity, and loyalty. I want the protagonist’s weakness to be a significant problem, not just a cosmetic story device. Read full interview here:

Want to get in on the voting action? Head over to Clash of the Titles now and cast your ballot for this week's Clash!
PLEASE CHECK
OUT OUR EXCITING NEW VENTURE:
Join us in June as we premier COTT's book club! Karen Witemeyer and her COTT winning novel, A Tailor-Made Bride is up as our first read . More details and to vote for July's book, CLICK HERE.

--April W Gardner is the senior editor at the literary site,
Clash of the Titles. She is also the award-winning author of Wounded Spirits.