Hot Off The Presses! 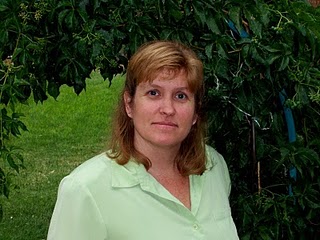 Tina Pinson! Woo Hoo! Yeah! Way to go!
Tina's excerpt from her book In the Manor of the Ghost, beat out her competitor (DeAnna Julie Dodson's In Honor Bound) with a 56% to 44% vote. Such close results tell us ya can't go wrong with either title, but Tina's did indeed "take the cake". Congratulations are in order to the newest Conqueror at Clash of the Titles. Hip-hip, hooray! Hip-hip, hooray!

Tina competed in the category of Most Gut-Wrenching Scene with a heart-twisting look at a woman watching her husband and baby trapped in a burning building:

Jean Marc stood in the upstairs window holding a bundle. Kaitlin knew, with another slice to her soul, the bundle was Simone. Jean Marc, so quiet, protective, so uneasily riled, yelled. Tormented wails for help rose along with tears of anguish and fear as angry flames licked out behind him.

A few of our reader/voters' comments:
* This would be my worst nightmare!
* Wonderful writing!
* Both excerpts were really gut wrenching and had me in tears.

So what did she think of her visit to COTT?

In her words:
"Thanks for letting me do battle here. Not quite so bloody as other arenas. I was honored to be a warrior on Clash. I loved the excerpt from my opponent."

Like those before her, Tina exhibits the graciousness and sportsmanship that has come to define the COTT family. She fits right in. And that's something she hasn't always known. Growing up Tina was one of five siblings—the only blonde. Though her sisters often joked that she must have been adopted (all in fun), there's no teasing here.

You can read more about Tina in her interview on Clash of the Titles here:

***
In the Manor of the Ghost:
It's the 1870's. The Civil War has long since been fought and laid to rest, settlers are still joining the wagon trains and heading west to the New Eden. The land is changing. But those who dwell in Clayborne Manor seem trapped in time.
Trapped amid the whispers of failure and sorrow, whispers of longing and defeat. Kaitlin hears them clearly at night. But who haunts Clayborne Manor? The ghost that restlessly walks the halls in the night? Or the ones that plague the minds and spirits of those residing there? Though not inclined to believe the dead can walk the night laden corridors, Kaitlin can see them clearly in the eyes of her husband Devlin, and hear them in the deafening silence of her son, Derrick.
Does she have the courage to search the past and face the ghosts? Does she have the faith to stay and direct all those who dwell In the Manor of the Ghost to the one who sets the captive free?
***

Find out more about Tina and her novel at TinaPinson.com

COTT's next Clash begins Monday with Romantic Moments. Head over there to vote and enter the free book drawing. Get ready to swoon!

LABELS: Clash of the Titles, COTT, In the Manor of the Ghost, Tina Pinson