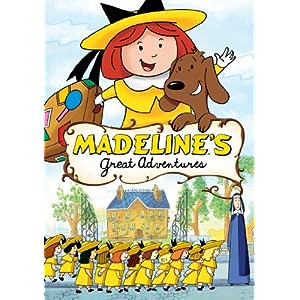 Join little Madeline, her loyal canine companion Genevieve, puckish next-door neighbor Pepito and her 11 delightful classmates from Miss Clavel’s Parisian school when Shout! Factory releases Madeline’s Great Adventures on June 29 and Madeline’s Halloween & Other Spooky Tales on August 17. Sit back, gasp and laugh as Madeline and her friends encounter royalty and ghouls in these two collectable DVDs. A must-have for Madeline fans and DVD collectors, Madeline’s Great Adventures and Madeline’s Halloween & Other Spooky Tales will each retail for $12.99.

Watch as Madeline and friends encounter their very own Arabian lamp, a visit from the Prince of Monaco, a band of pirates and even track down 40 charitable thieves in Madeline’s Great Adventures. 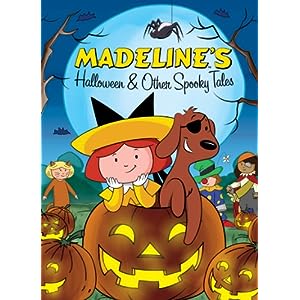 Inspired by the beloved classic books that introduced us to a dozen delightful girls who live in an old house in Paris covered with vines, Madeline’s Great Adventures and Madeline’s Halloween & Other Spooky Tales are full of spirited fun and are sure to win your heart while providing hours of entertainment.

Here are some videos of them....

My thoughts:
Madeline is such a classic cartoon. It's incredibly cute and perfect for children of all ages. I remember as a child watching her and I am so glad I am able to do so with my daughter. :)

*Disclaimer: I was provided copies of the dvds for review from Shout Factory. The opinion is my own.*