The Sound of Music 50th Anniversary

The Sound of Music first debuted in 1959 at Broadway's Lunt-Fontanne Theater. It was the last musical collaboration of Richard Rodgers and Oscar Hammerstein II. Most of us though have only seen the movie version starring Julie Andrews. In November 2009, the 50th anniversary was celebrated by the release of The Sound of Music Original Broadway Cast Recording and a classic collectible pop-up book. I was so pleased when I was asked to do a review. 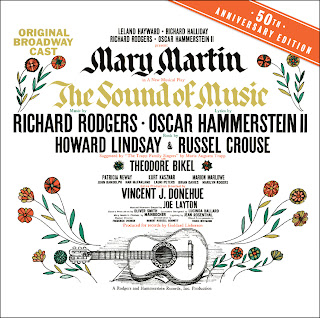 The music is as adoring as ever. It's so wonderful to be able to listen to the songs as they were first meant to be heard. I love these songs, they are just so much fun to sing along to!

In addition to the original recording, there are three amazing bonus tracks:
* "From Switzerland: The Pratt Family," a spoof of The Sound of Music created for and performed by Julie Andrews and Carol Burnett in 1962 on their TV special Julie and Carol Live at Carnegie Hall;
* A live recording of "Edelweiss," sung in German, from the historic first production (2005) of The Sound of Music in Vienna;
* A soaring cover version of "Climb Ev'ry Mountain," sung in Swedish (as "Sök dig till bergen") by Tommy Körberg, best known to American audiences for his vocals on the concept album of Chess.

And the pop-up book - OH MY GOODNESS! 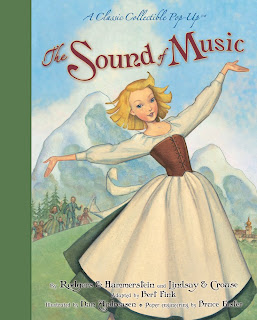 At first I thought I'd review it and give it to my daughter. Ummm, nope. I'm totally being selfish. This book is all mine and it is gorgeous. I love it. The intricate detail is beyond anything I've ever seen in a book.

These are great editions to any home library. You can't go wrong by buying them. Children adn adults of all ages will enjoy the songs and the pop-up book. You can buy the CD at Amazon and iTunes and the book at Amazon.

*Disclaimer: I was provided the above products for free from Sony Music for review. However, all opinions are my own and were in no way influenced.*