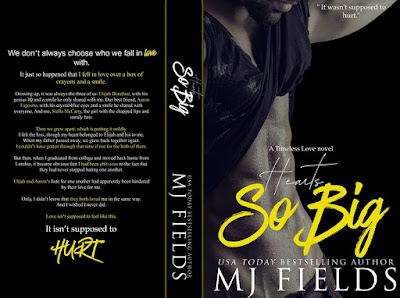 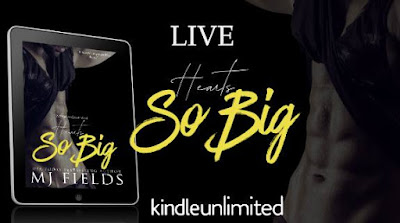 Hearts So Big is 𝗟𝗜𝗩𝗘 𝗘𝗔𝗥𝗟𝗬 on Amazon!


Best friends, crayons, and a Timeless love story!
Falling in love with your best friend has never been sexier. Stella and Aaron's story is sexy, hilarious, and heartbreaking. You will love every word. You'll wish you had fallen in love with your best friend while coloring. This story had be wondering what was going to happen next and I was so rooting for our hot as heck Aaron Esposito! I bet you sang that didn't you? You will at one point. 😉 Read it and enjoy the fall!

WINTER
Sending him to prison was the worst thing I could’ve done. It didn’t matter that he did the crime or that I wished he was dead. Perhaps I thought I’d have time to disappear before he got out or he’d cool off in jail and be anything but the horror he was.
But I was wrong. Three years came and went too fast, and now he’s anything but calm. Prison only gave him time to plan.
And while I anticipated his vengeance, I didn’t expect this.
He doesn’t want to make me hurt. He wants to make everything hurt.

DAMON
First thing’s first. Get rid of her daddy. He told them I forced her. He told them his little girl was a victim, but I was a kid, too, and she wanted it just as much as I did.
Step two… Give her, her sister, and her mother nowhere to run and no fuel to escape. The Ashby women are alone now and desperate for a knight in shining armor.
But that’s not what’s coming.
No, it’s time I listened to my father and took control of my future. It’s time I showed them all—my family, her family, my friends—that I will never change and that I have no other ambition than to be the nightmare of their lives.
Starting with her.
She’ll be so scared, she won’t even be safe in her own head by the time I’m done with her. And the best part is I won’t have to break into her home to do it.
As the new man of the house I have all the keys.

Kill Switch is suitable for readers 18+. While it can be read as a stand-alone, all of the characters are developed throughout the series. The first two books, Corrupt and Hideaway, are now available through Kindle Unlimited!

Excerpt:
WINTER “I’m sixteen, and I’ve never been kissed.” I put my hands on his chest, feeling my breasts grazing his body. “I waited for you.” “Winter…” “I waited for you,” I repeated, panting and brushing his lips with mine. “But I won’t wait forever.” I layered my lips with his and dipped my tongue out, flicking his lip as I rolled my hips on him. The unmistakably hard ridge of his cock rubbed against my panties through his jeans, and I moaned. He grabbed me under my arms, holding me up to his face. “That better not be a threat,” he bit out. And then he took my face in one hand and snatched up my lips, biting my bottom one, almost chewing it like he was starving. He groaned, I whimpered, and we both gave in, holding each other in our arms, our mouths melting together. I was fast and clumsy, and I couldn’t keep up with his kisses and tongue in my mouth, but I loved every second. He nibbled and bit and took with force, gripping the back of my hair to tip my head back and eat at my neck. He moved from my throat to my chin to my jaw and then back to my mouth, and I clutched at his shoulders, tugging on his sweatshirt as I dry-humped him. God, I couldn’t stop myself. He felt so good. It was like an itch that I needed to scratch more and harder. I tugged at my bow tie, unable to breathe. Pulling it loose, I unbuttoned my top button, finally feeling freer and diving in, hugging him to where he was sucking on my neck. My hips moved back and forth, grinding into him “Winter…” he groaned, pulling back. “I don’t want to…” I picked up pace, and he grabbed my ass, helping me move. “Don’t want to what?” I gasped out. “Make you dirty.” I slowed, touching his mouth with mine and kissing him softly. Why would he think that? “You won’t.” I shook my head, touching his face. “We won’t go all the way. We’ll just play.” He breathed out a laugh. I kissed him, and he dug his fingers in again, making my body explode and every inch of skin come alive. God, I loved it when he did that.


About Penelope: Penelope Douglas is a New York Times, USA Today, and Wall Street Journal bestselling author. Her books have been translated into fourteen languages and include The Fall Away Series, The Devil’s Night Series, and the stand-alones, Misconduct, Punk 57, and Birthday Girl. Please look for Kill Switch (Devil’s Night #3), available now.
She lives in Las Vegas with her husband and their daughter. 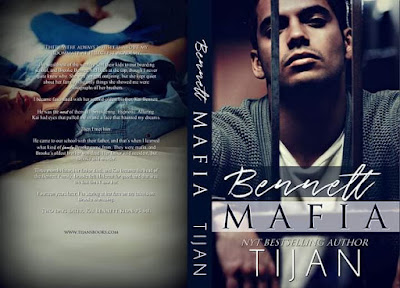 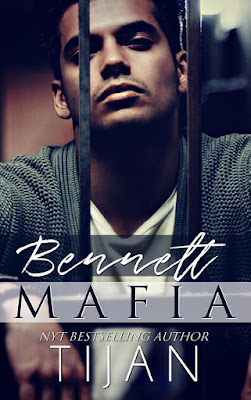 There were always whispers about my roommate at Hillcrest Academy.
The wealthiest of the wealthy sent their kids to our boarding school, and Brooke Bennett had been at the top, though I never quite knew why. She was fun and outgoing, but she kept quiet about her family. The only things she showed me were photographs of her brothers.
I became fascinated with her second-oldest brother. Kai Bennett.
He was the most of them all. Smoldering. Hypnotic. Alluring.
Kai had eyes that pulled me in and a face that haunted my dreams.
Then I met him.
He came to our school with their father, and that’s when I learned what kind of family Brooke came from. They were mafia, and Brooke’s oldest brother was dead. Her father said accident, but Brooke said murder.
Three months later, her father died, and Kai became the head of the Bennett Family. Brooke left Hillcrest for good, and that was the last time I saw her.
Fourteen years later, I’m staring at her face on the television. Brooke is missing.
Two days later, Kai Bennett kidnaps me.
** a 120k full-length standalone (Not connected or related to any other of her other books. Totally brand new!)

It's out March 4th!
Preorder until release day:
iBooks/Kobo/Nook: https://books2read.com/u/bQxxrZ
Add it to your GR: https://tinyurl.com/bennettmafiagr
Amazon/Kindle: no preorder because it'll go LIVE March 4th and into Kindle Unlimited as well.
Join Tijan's reader group: https://www.facebook.com/groups/TijansFanPage/ 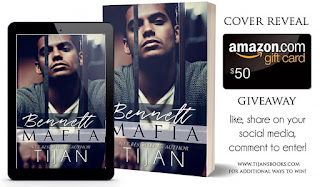 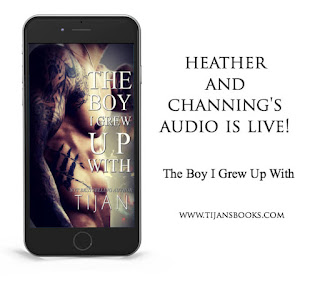 Other news, The Boy I Grew Up With's audio is live today!
www.tinyurl.com/tbiguwaudio

BENNETT MAFIA
“I felt his pulse too. It was as fast as mine.
“You may hate me. You may loathe me.” His hand slid back from my neck and moved down agonizingly slowly, between my breasts to my stomach.
I gasped, and he slid his hand under my pajama shorts until they rested over my clit. I surged upward at his touch, my head falling back, everything in me starting to tremble.
One of his fingers dipped inside of me. “But you goddamn want me.” And with that, a second finger joined his first and he took hold of my tank, his mouth slamming down on mine.”