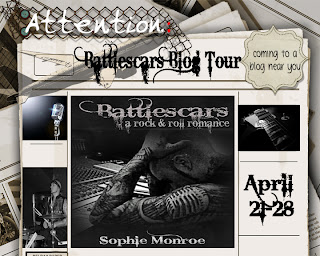 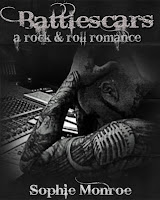 {about the book}
Aubrey Thompson is a twenty-three year old flight attendant for her dad’s small commercial fleet. She’s a sarcastic smartass that has no problem telling you where to go. She also despises rock stars…but that’s all part of the story. Her Granny Jean is spy and will have you laughing out loud.


In comes Jake Parker, the twenty-five year old lead singer of Battlescars. His reputation is the untamable bad-boy. He’s completely “balls to the wall” in everything that he does. Two days after returning home from a month long tour across Europe he gets a visit from Bruce, an executive from the record label. He informs Jake that Battlescars is going back on tour for three months. What everyone doesn’t know is that Jake is worn down and sick of the same old shit.

His record label hires Aubrey’s dads company to fly him around for the last minute tour. In order to keep her dad's company afloat they will have to learn to play nice. When Jake first meets Aubrey she refuses to even acknowledge his existence. He sees her as refreshing and a challenge.

Both of them have some pretty heavy scars from their pasts holding them back. Can Jake get Aubrey to let him in? Or will she shoot him down based on his outlandish reputation? Will her fear of getting hurt again keep him out for good?

Are the two of them a match in heaven or hell? 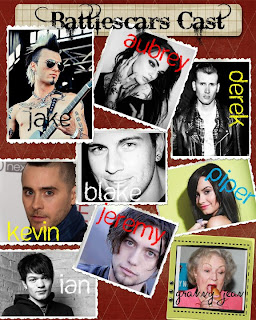 {about the author}
Sophie Monroe is a New Jersey native just starting out her writing adventure. She has always been a night owl with a creative side. Her books often reflect both her sense of humor and sarcasm.
She tries to communicate on the fact that "life's too short" in her stories. Bad things happen in life it's inevitable, but pick yourself up and dust yourself off and move forward. Nothing can hold you down, unless you choose to let it.
She also loves to incorporate meaningful quotes that she hopes will inspire her readers (or at least give them a good laugh.)
Find Sophie on:
Facebook Goodreads Amazon Blog

{interview with my new BFF Sophie}
1. When did you know you wanted to be an author?
I don’t know if it was ever a certain point that I was like, “I’m going to be an author” lol. I find writing to be therapeutic, like no matter how bad your day is you can make a character have a perfect one, it’s like a mini escape from reality just like it is when you’re reading. To have Battlescars take off like it did is absolutely mind-blowing to me!

2. What's your favorite type of book to read?
I like contemporary romance, but I’ll read anything that grasps my interest.

3. What made you want to write a rock and roll love story?
Just my love for the music. I just want to write stories worth reading and make my readers happy.

4. How did you come up with Jake & Aubreys story? Was it a particular thought or scene that made you want to write it?
I’m literally obsessed with music, especially rock, so to those that know me it really shouldn’t come as a big surprise, haha. I was talking with Stef, who is one of my oldest and closest friends and we were thinking of a name, so I tossed a couple around and she was like ‘I want him to be Jake,’ so tada Jake Parker was born. She also happens to be the one that chose Aubrey’s hair too.

5. Do you have a favorite scene in the book or a favorite character?
Granny Jean hands down, I know I wrote her, but she’s hilarious and definitely one of my favorites. Christian Grey isn’t too bad either, or Gideon, or Travis, or Remy or…. Oh well, I’m a book whore what can you expect.

6. Is there anything you'd go back and change or add to Battlescars?
Actually, no. I know some people thought it was too “insta-love,” but looking at their dynamic it’s fitting, a girl with scars and a reformed bad-boy with a troubled past. He’s balls to the wall and won’t give up until she’s his. I mean did Aubrey even stand a chance.

7. I know you're writing Afflicted (Battlescars #2) can we expect it soon? *cough NOW cough*
I’m hoping to have it ready for publishing sometime in June depending on
completion and editing. I am having it edited as I go so we can cut the overall time down at the end.

8. I've had a sneak peek and its definitely hotter than Battlescars (and it was hot!), is that just because of the type of person Blake is?
Lesley, you’re gonna make the readers jealous knowing that you had a peek of the first couple chapters, lol! Yes, it’s how both Blake and Piper are. They’re very intense and physical. Blake isn’t too good at expressing his emotions so he uses his body instead, a lot. Afflicted is going to be a little different than Battlescars though. Blake has Rowan who’s like a bad habit that he just can’t quit and Piper has Cole who just spent four years serving in the Marines. He comes home suffering from PTSD leaving Piper struggling to deal with him taking off for days at a time. They’re on/off enough to give you whiplash and Blake wants to be there to pick up the pieces but she keeps pushing him away. This is not the fall fast and hard that Battlescars was.

9. Can we expect more stories about the guys in the band?
I’m not sure if Derek and Kevin will get their own story… though Tara (my other sounding board and partner in crime) and I did have a pretty epic conversation about a possible Derek story a few days ago so it’s on paper and we’ll see when Afflicted is completed if I’ll keep going.

10. Okay, now let's be honest, which band member do you want to get with...?
Blake = M. Shadows which also equals no freaking brainer… :P

{review}
Read my original review here! I loooooooved this book! It had me laughing and crying and was everything you could want in a rock & roll romance! ♥ I can't tell you how many of my friends I've told to get it...because I know they will love Jake as much as I do!

{giveaway}
Sophie is giving away 10 e-books of Battlescars and 1 signed copy. Please use the rafflecopter link below for the giveaway. No individual prizes.